Skip to content
09Mar 2015 by Steven Vella No Comments

On the morning I started writing this post, I went to buy new tyres to replace the ones that were nearly worn to the tread-wear indicator. Tyres with tread higher than the built-in indicators meet local legal requirements, helps the car stop over shorter distances than cars with worn tyres and avoids tyre damage potentially caused through wear and tear. 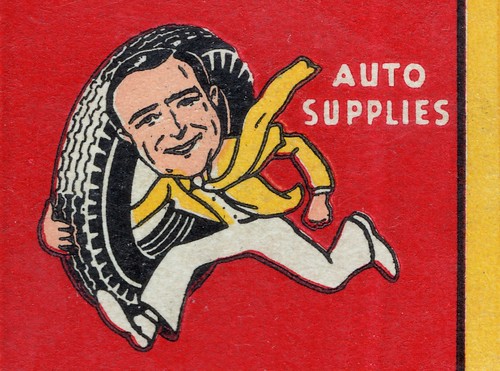 As part of working on computing devices, I found that routinely checking disk space was useful for preventing and troubleshooting problems.  However, letting clients know that their disks were full sometimes raised questions like:

From the perspective of someone taught about computers and who uses them regularly, client questions like those listed, made me ask why they would ask their questions, rather than give them an answer.

Then over time, I found that NOT everyone wants to know what a computer is made of, nor how it works, nor what to do to keep them running optimally unless something goes wrong.

Various readers could put forward their ideas why this might be the case, but my observations were that some:

However, lets look at the tyre analogy again. Unless your tyres are checked regularly, you may not know when to start thinking about new ones until the Auto Registry Office declines your registration, the police book you, your car skids off the road or the tyre tears.

Similarly, if you don’t check your disk space regularly, you may only find out you have low space when, if you are fortunate, warning messages appear, or if too late, when you cannot save information, you get error messages, lose data, or when you need to take your device to a repairer.

To avoid these scenarios, one solution could be as easy as opening Window Explorer, going to My Computer and viewing the disk size. The image below shows a disk with plenty of space (93%) left on the disk.

When disk usage is at the other end of the scale, say for example with only 25% free, it may help to estimate how quickly your disk will fill up, if nothing changes, by comparing the rate disk usage is growing with the disk space available, you may have reasonable time to investigate which files you could delete, archive or move to another storage device depending on their size. Programs that show folder and file sizes might be also be useful.

A second action could be to see what has generated such large or so many files. Knowing this could help fix the cause rather than the symptom.  For example, video and audio software generally create large files and by default, saves them on the local disk that the computer needs for starting up.  Where this is the case, it might be worthwhile to run the software on another computer or purchase a second disk with more space to save the video and audio content on to reduce any impact on  the computer should this disk get full.

For the worst case scenario, where the disk can’t be used, other solutions could be tried.  For example, is it possible to: take the boot drive out and use it as a second drive on another computer to access its files, use software to clear space, replace the boot disk or reformat the original disk and restore files from a back up?

However, it is worth noting that these last solutions may require extra knowledge about hardware, be relatively difficult to carry out and in some cases lose data. So, consider some ways reduce to the risks as part of choosing the right solution.

So to round up:

Hopefully, the main message from this post is that checking disk space can have value, especially if it allows time to plan for future changes, to improve how space is used and avoid problems.